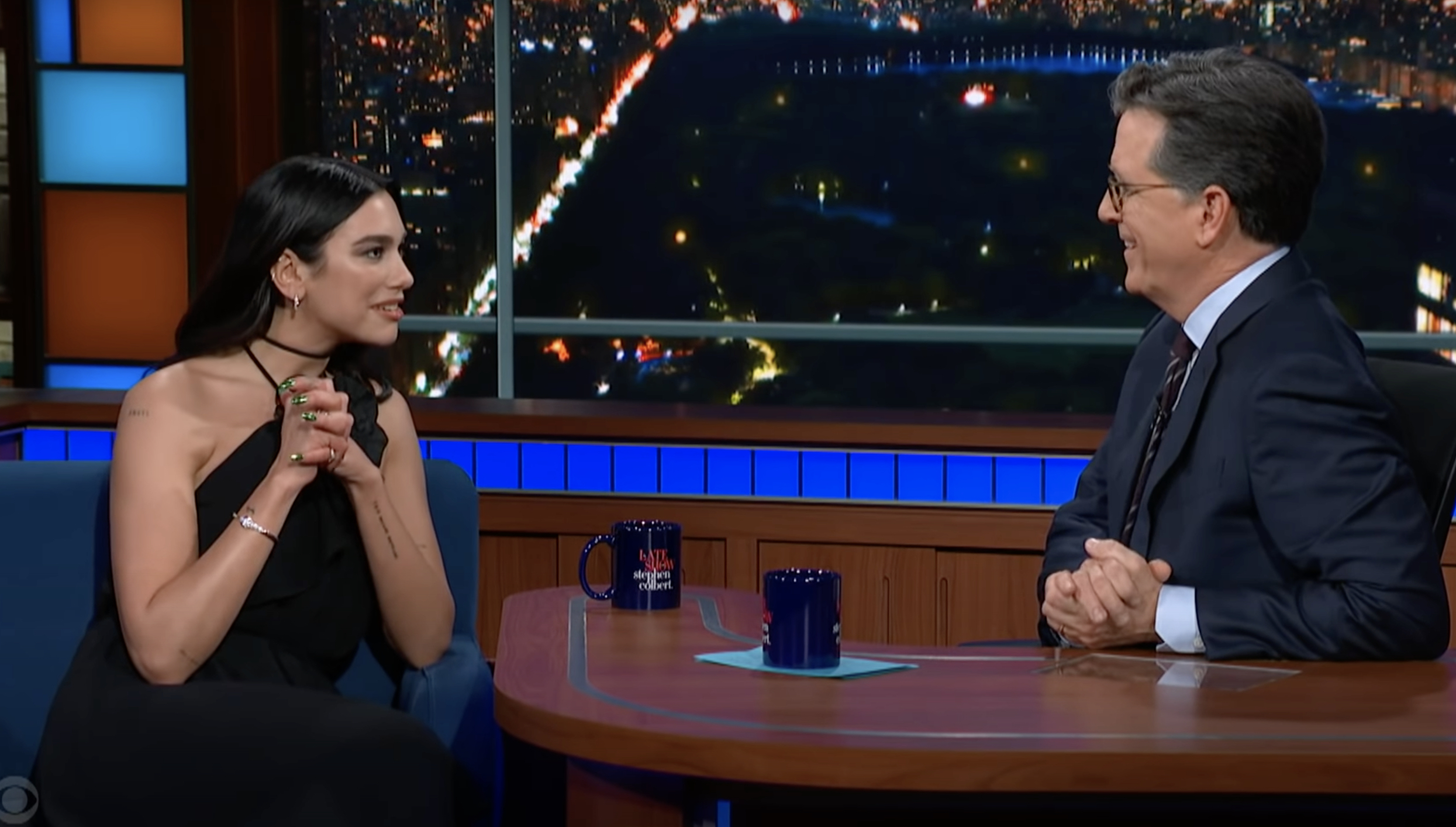 On the Late Show with Stephen Colbert last night, pop-star Due Lipa asked Stephen a deep question: “So I think something that your viewers really connect with in your comedy and in your hosting skills, especially in the past few years, is how open and honest and authentic you are about the role your faith plays in your life. And… I was wondering, does your faith and your comedy ever overlap, and does one ever win out?”

“I think ultimately us all being mortal the faith will win out in the end [laughter]. But I certainly hope when I get to heaven Jesus has a sense of humour. But I’ll say this, someone was asking me earlier about what I, and this relates to faith because my faith is involved, I’m a Christian and a Catholic, and it’s always connected to the idea of love and sacrifice being somehow related, and giving yourself to other people and that death is not defeat, if you can see what I’m getting at there?

Someone was asking me earlier “what movie did I enjoy this year?” and I said I really liked Belfast which is Kenneth Branagh’s story of his childhood, and one of the reasons I love it is I’m Irish, Irish-American, and it’s such an Irish movie, and I think this is also a Catholic thing, because it’s funny and it’s sad and it’s funny about being sad… in the same way that sadness is like a little bit of an emotional death but not a defeat if you can find a way to laugh about it. Because the laughter keeps you from having fear of it, and fear is the thing that keeps you from turning to evil devices to save you from the sadness.*

As Robert Hayden said, “We must not be frightened or cajoled into accepting evil as our deliverance from evil, we must keep struggling to maintain our humanity though monsters of abstraction threaten and police us.”** So if there’s some relationship between my faith and my comedy, it’s that no matter what happens you are never defeated, you must understand and see this in the light of eternity and find some way to love and laugh with each other” [cheers and applause].